Ukraine: “prisons are left on their own” 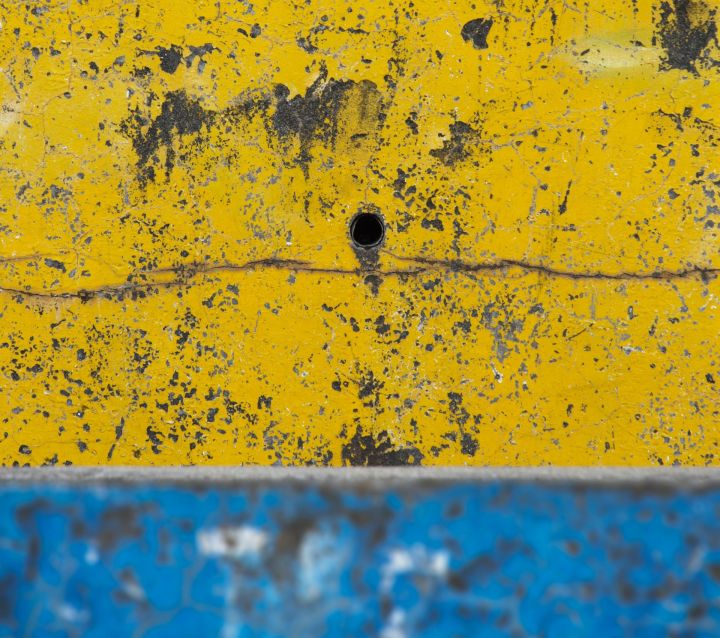 What are the latest updates?

For the past two months, Ukrainian citizens have been facing Russian attacks. Information about prison is not easily accessible, even less during the war. Prison Insider is seeking to update its information about Ukrainian prisons. An interview took place on 19 April 2022 to better understand the current situation.

Vadym Chovgan is legal advisor at Danish Institute against Torture, Oleg Tsvilyi, director of the Alliance of Ukrainian Unity, and Andriy Didenko, coordinator of programs at the Kharkiv Human Rights Protection Group. They advocate for a better respect of human rights in Ukraine through their organisations in the field, and monitor prison conditions.

The situation varies greatly between regions and facilities. Some prisons were hit by the bombings.

Prison Insider. How has the war impacted the way prisons are administered?

Andriy Didenko. It is important to note that some 20% of the Ukrainian prisons were already in occupied territories before this new stage of the war, since 2014-2015. That represented about 15,000 prisoners.

Oleg Tsvilyi. The situation varies greatly between regions and facilities. Some occupied prisons, for example in the Kherson region, are still in contact with the central Ukrainian authorities. They do not seem to be put under much pressure from the Russian occupation forces and the situation appears to be relatively stable. However, the intelligence services of the Ukrainian law enforcement agencies have reportedly identified some Ukrainian prison officers slowly subordinating to the occupying authorities.

On the contrary, in some facilities, prison officers refuse to cooperate with the occupation authorities. Reports indicate that in two pre-trial detention centres in Starobilsk and Mariupol, and in one prison in Berdyansk, prison guards have abandoned their positions and left for the Ukrainian-controlled territories. This is not without consequences for the prisoners. For example, in the Starobilsk pre-trial detention centre, it seems that the Russians forces are already imposing their rule.

Vadym Chovgan. Russian forces impose their rule in the regions where they already established their administration, especially in the Donetsk region. The situation is less clear in the Kherson and Zaporizhzhia regions, which are not fully under Russian control. Russian forces already entered some prisons in the Kherson region. They seized the individual human resource files of prison officers to check whether they had participated in the war in the East of Ukraine in the past. If so, there might be consequences for them, although it is not yet known in what form. Some facilities were hit by the bombings. Most of them are in the Kharkiv region, in particular Prison No. 43 and Prison No. 25. There have also been reports of dead bodies next to Prison No. 18. Yet, since a military unit was located right next to it, it is unclear whether they were prisoners or Ukrainian soldiers. One prisoner from the Mariupol pre-trial detention centre was also reportedly killed.

Russian prisoners of war find themselves held with ordinary prisoners. This “temporary solution” conceived by Ukrainian authorities has already been criticised by the Organisation for Security and Cooperation in Europe (OSCE). Some prisons will be soon dedicated to prisoners of war. They could reportedly be interned in prisons that were already out of service before the war. It seems like they will be guarded by the military and administered by the prison service.

PI. What kind of impact does the war have on detention conditions for prisoners?

Oleg Tsvilyi/Vadym Chovgan. In prisons controlled by Russian authorities, all connexion with prisoners has been lost. It clearly shows that something is going wrong: the means of contact with the outside world are all being suppressed. Russians impose their own rules, which are tougher than the Ukrainian ones that had evolved quite a lot recently. For example, certain categories of prisoners recently obtained the right to have cell phones, tablets, quick-cookers or even fridges. All of this is forbidden under Russian rules. There are reports that in some prisons controlled by Russians forces, there is no water, no light, no electricity.

It is unclear whether the Russian authorities provide food in prisons in the occupied territories. To give an example in a grey zone: it appears that they are not interested in taking over the prisons in the Kherson region and are therefore relying on Ukrainian prison officers. However, the region suffer from a shortage of food and Russian forces do not allow any supply chain. There is no way to deliver humanitarian aid, no way to deliver food under the normal supply chain.

In controlled territory, the situation varies depending on the prisons. For example, prisoners of the Mykolaiv pre-trial detention centre were without water for five days. In facilities controlled by Ukrainian authorities, prisoners are participating in the war effort. They are working hard to support the Ukrainian army. For example, female prisoners are sewing uniforms. They are also contributing to the cyber-protection of Ukraine and to the fight against propaganda. They leave comments under articles in Russian news and call Russian citizens to inform them about the war.

Vadym Chovgan. As far as I know, it seems that prisoners are not able to see their families. Online meetings could be an alternative, but that it is not used to the extent it could be.

Andriy Didenko. Access to information is variable from region to region. In the occupied territories, the only source of information for prisoners are Russian TV channels, which broadcast propaganda only. In the Ukrainian controlled territory, a few channels united into one, which now broadcasts news. Prisoners have access to this unified channel. This has risen the patriotic feelings among prisoners to unforeseen levels. For example, approximately 1,000 prisoners expressed their will to fight for the Ukrainian army, even if the serving of their sentence would only be suspended during this time, meaning that they would have to return to prison afterwards.

Oleg Tsvilyi. However, in some regions, the authorities are known for not informing prisoners properly of what is going on outside. It is especially the case in Kharkiv region. In the past, they have been known to cut out articles of newspapers covering new rights for prisoners. It seems they are keeping up with this tradition. My organisation is planning to visit these places of detention to assess to what extent prisoners are informed, especially about their rights and the right to apply for presidential pardon. There are much fewer applications for presidential pardon coming from the Kharkiv region than from other parts of Ukraine. In my opinion, it is because the prison administration keeps the prisoners uninformed.

What are the consequences of an escape? From my point of view, prisoners should not be punished if they escape in such a situation

PI. Which measures are being put in place in order to protect prisoners?

Vadym Chovgan. Pardon was granted by the President to 363 prisoners with military experience for them to fight against the Russian occupants. Life-sentenced prisoners do not appear to be eligible, although according to the law, they could be. The subject is controversial. Many more prisoners could be released, especially those held in social rehabilitation units who can go out to work during the day and come back in the evening. However, they are needed as workforce, so there is a balance to be found. Many prisoners are also applying for conditional release, but the current situation and the problems of corruption prevent the courts from functioning normally. Everything takes much longer.

Evacuations did not start on the first day of war. They were delayed and have only recently begun. The Ukrainian Minister of Justice recently said in an interview that prisoners are not the first to be thought of when an evacuation starts, and that the general population should be the first to be evacuated. But it must be taken into account that these are free to leave on their own, while prisoners cannot. The Minister of Justice also explained that the delay in the evacuation process was due to the difficulty of knowing which regions would be attacked. There is a specific regulation on how evacuations and transfers should be carried out. It has been difficult to implement because it is done by railway. This has been an issue in our transfer system for some time, and it is exacerbated by the war. The railway network goes through certain pre-trial detention centres, and it is very difficult to coordinate. It would be different with buses for example.

Oleg Tsvilyi. An incident occurred recently during the evacuation of Prison No. 88 in Tokmak, in the Zaporizhzhia region. Prisoners were taken to Prison No. 6, in the Kirovohrad region, where they were beaten massively upon arrival, apparently by Ukrainian national guards1. An investigation has been opened and shows that the prison authorities appear to be involved as well. Photos of this incident have been shared widely. It seems that prisoners who complained were forced to withdraw their complaint. Those who did not were transferred to the region closest to the hostilities, in the Mykolaiv region.

Vadym Chovgan. The Civil Society Council at the Ministry of Justice have recently talked about the need for clear instructions on how the prison administration should act in the event of a bombing. Should they release prisoners, or should keep them in prison, no matter the danger? And what are the consequences of an escape? From my point of view, prisoners should not be punished if they escape in such a situation. This should be clearly stated in regulations. The “necessary defence” clause in the Criminal Code already provides that in order to protect a better interest, you can commit a crime that would not be considered as such. This clause should be applicable in this context and explained to prisoners. Currently, the only thing that is legalised by the state of war is killing Russian soldiers. If prisoners do not return to their social rehabilitation unit at night, even if there is a bombing going on, this is considered to be an evasion. This should not be the case. It is therefore necessary to clarify when prisoners can lawfully escape, especially from the social rehabilitation annexes. Urgent laws and regulations should be passed, and they are not. The Minister does not want to take the responsibility of allowing the release of prisoners. The prison administration does not want to take this responsibility on the ground. Even in the controlled territories, the prisons are left on their own. The general administration of the Kherson region even addressed the President’s office recently, asking: “How do you see us operating while we are under occupation and without funding?”