Once a successful person, now he is serving a life sentence on a charge of attempted homicide of his business partner and death of a minor girl. Volodymyr Panasenko was found guilty of alleged organizing an attempted homicide of Roman Fedyshyn, the director of “Shuvar” LLC. In 2006, Fedyshyn received slight bodily injuries and accidental passer-by, a schoolgirl Maria Kutsynda, received grave bodily injuries as a result of car explosion. The girl died of heavy blood loss. Volodymyr Panasenko has not EVER admired his guilt overcoming this crime.

The charges brought against him are based EXCLUSIVELY on testimonies of Oleksandr Rudyi, a mediator in the crime, who was detained in the mental facility during treatment for alcohol abuse. He changes his tesmonies regarding circumstances of crime and identity of customer several times, under pressure of an invesgator. 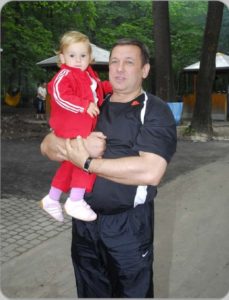 During the trial, Oleksandr Rudyi withdrew his tesmony given to invesgator concerning Panasenko, stressed he had been linked to the crime and revealed the name of real customer of crime. He also said he was giving tesmony under pressure of the prosecutor’s office and the police. He was beaten, subjected to physical and psychological pressure, injected psychotropic substances, his relaves were threatened. Having been released from place of detenon, Oleksandr Rudyi connues to insist that Volodymyr Panasenko is not guilty.

However, the judges were implacable and delivered arbitrary judgment having sentenced Volodymyr Panasenko to life imprisonment and thereby having punished his entire family, depriving them of the future.

24 June 2009 – Nina Karpachova: “I opened proceeding to respond the peon of wife and daughter of Volodymyr Panasenko… Consideraon of this extremely difficult and highprofile case gives me the grounds to say that the judgment lacks legal background for sentencing the defendant to life imprisonment.”

2010 – In the special report on the occasion of 60th anniversary of the Convenon for the Protecon of Human Rights and Fundamental Freedoms, Nina Karpachova emphasizes that the trial of Volodymyr Panasenko is showcase, wring about the arguments in favor of abolishment of capital punishment. 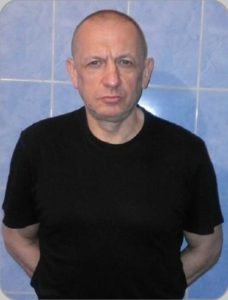 2011 – the annual report of Ukrainian Ombudsperson again referred to unfairness of judgment and need for its review.

7 February 2012 – Report by Nina Karpachova in the Parliament: “The case of Volodymyr Panasenko has been overseen personally by me for over three years already. I have an expert legal opinion, and I personally took part in its draing, concluding that this person was sentenced unlawfully.”

First President of Ukraine Leonid Kravchuk recalled the case of life-sentenced Volodymyr Panasenko in a TV program of Ya. Kendzior “Lessons” dated 10 March 2016, saying “Rigged trial in our me!… Unlawfully! (as evidenced by facts!) We have such a great layer of problem of saving people! Meanwhile, our MPs are thinking only about early elecons…”

Oleh Levytsky, the lawyer of the Ukrainian Helsinki Human Rights Union: “The case of Panasenko is the MOST DREADFUL one among those I have been dealt with for many years of my pracce as a lawyer. An INNOCENT person is serving a life sentence. Panasenko is being punished with undeserved imprisonment, the eternity is ahead, and it bothers nobody… I do not even know how to describe this quasi-legal outrage failing to eliminate obvious judicial mistake. LIFE SENTENCE WITHOUT THE RIGHT TO APPEAL IS ABSOLUTE EVIL!”